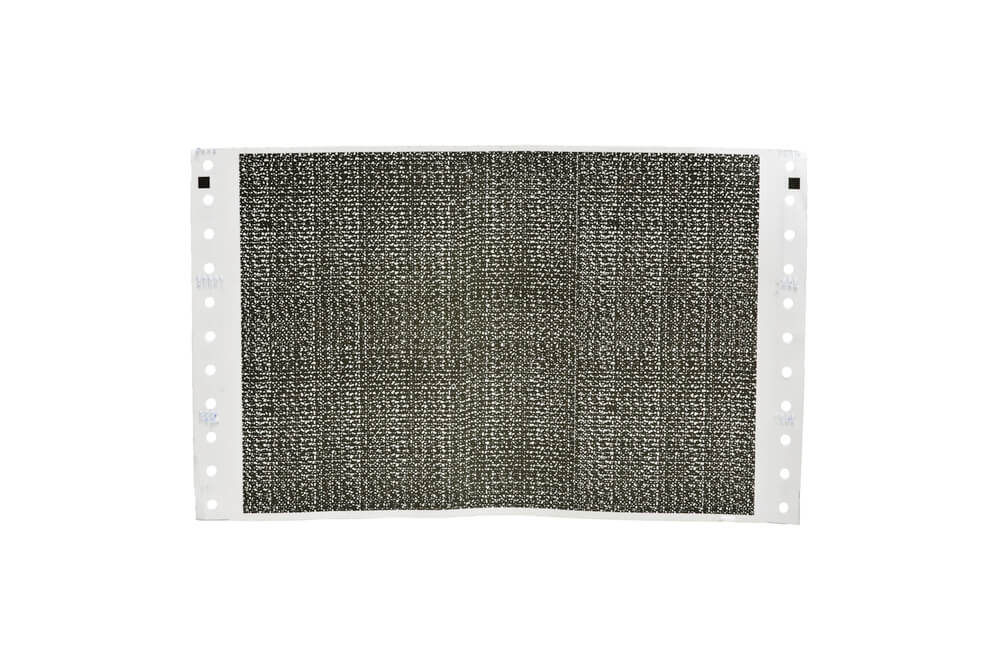 Carbon paper has been around for centuries. It was initially used to make duplicate copies of documents till other better methods like photocopying gained popularity.

Despite its age, carbon paper remains in use today though in a much more limited capacity.

It takes some time to fully biodegrade anyway.

Here, we’ll look at the biodegradability of carbon paper and find out if it’s really as environmentally friendly as we think.

What Is Carbon Paper?

Carbon paper is a type of paper that has a carbon coating on one side to help make copies of documents.

It works by placing the original document on one side of the carbon paper and then another sheet of paper on top.

The pressure from the pen as you write causes the carbon ink to transfer to the other sheet, creating a copy.

Nowadays, not so many people use carbon paper due to advanced technology,which has made duplication a breeze.

What Is Carbon Paper Made Of?

Carbon paper is mainly made of a carbon black, a spherical, crystalline and amorphous form of carbon. The carbon black attaches on the paper through various waxes.

Less popular one-time blue carbon paper is often coated with a mixture of:

What are the Different Types of Carbon Paper?

There are three types of carbon paper: waxed, tissue and airmail.

It’s the most common type of carbon paper coated in the wax that transfers an image or writing to another surface. It’s durable, meaning it can be used multiple times and is excellent for detailed work.

It consists of tissue paper instead of waxed paper. Tissue carbon paper is less durable than waxed carbon paper and can only be used once.

Impressively, it does produce a more precise image than other types of carbon paper.

It’s the rarest type which is made from airmail envelopes.

It’s not as durable as waxed or tissue carbon paper, but it’s the lightest and thinnest type available.

But that doesn’t mean it will decompose quickly.

Worth noting, ink used in carbon paper is typically non-toxic and biodegradable, but the paper itself isn’t always environmentally friendly.

Making carbon paper can be harmful to the environment, so it’s advisable to recycle it whenever possible.

Most carbon papers will take several months or even years to decompose completely.

If you’re looking for an environmentally friendly way to make copies, you’re better off using a photocopier or scanning app instead.

Carbon paper is still a viable printing option for many people despite its shortcomings.

You should try using recycled paper or invest in a printer that uses soy-based ink instead.

How Long Does It Take for Carbon Paper to Degrade?

Carbon paper may be biodegradable, but the speed at which it degrades depends on its environment.

The paper takes anywhere between a few weeks and 12 months to decompose completely.

If buried in soil or water, it will degrade faster than if it’s just sitting out in the open air.

The good news is that carbon paper is generally considered a more environmentally-friendly option than other printing materials like plastics.

Those aiming to make their office a little more sustainable, swapping out your old carbon paper for some biodegradable options is a great place to start.

What are some alternatives to carbon paper?

While carbon paper is technically biodegradable, there are plenty of other more environmentally friendly alternatives:

Dip the ball in the ink of your choice, and then stamp it onto your paper. This is an excellent option if you’re doing a lot of printing, as it’s a more affordable option than buying carbon paper.

This is a suitable option if you’re looking for something more intricate than just stamping. You can easily create your stencils with materials like cardboard or foam board.

For a more eco-friendly option, you can try using a rubber stamp. Rubber stamps are reusable, so you can use them repeatedly without having to worry about running out of carbon paper.

Are there any Environmental Concerns with Biodegradation of Carbon Paper?

Sure, there are some environmental concerns with carbon paper.

The main issue is that the ink used in carbon paper is not biodegradable, which can potentially pollute waterways and ecosystems.

The toxic chemical released during the manufacture of carbon paper can greatly harm both people and the environment.

It makes sense to only use carbon paper if necessary while you try to find an environmentally friendly option if possible.

What to Do with Old Carbon Papers?

If you’ve any old carbon papers lying around, don’t toss them in the trash just yet. There are a few things you can do to recycle them:

In the event those options don’t work for you, try to compost them.

Carbon paper is biodegradable, eventually breaking down in the compost pile.

Repurpose is another sustainable way. If they’re still in good condition, you can use them as scrap paper or for drawing

It’s now known that carbon paper is biodegradable to certain levels. The paper used comes from trees, and trees are a renewable resource.

There’s a catch; carbon paper consists of non-renewable resources like petroleum and wax. While carbon paper biodegrades, it negatively affects the environment.

Can You Recycle Apple Boxes?

Can Pencil Shavings Be Recycled?