Zero Waste Vs Recycling ( What Are The Differences)

The world is tired of waste. On average, a human being produces more than 1.63 pounds or 0.74 kg of wastes per day, tipping the global scale at 2.01 billion tons annually.

This is way more than our precious earth can hold.

In the quest for finding a viable and lasting waste management solution, two concepts, zero waste and recycling, were developed.

Most of us are conversant with recycling since it is the most widely used waste management approach.

The idea behind recycling is simple; buy a product and reuse it repeatedly or convert it into other items. Let’s solve this debate between zero waste vs recycling.

Relationship Between Zero-Waste and Recycling

This reduces wastes reaching landfills and conserves resources such as water and energy.

While recycling is part of the zero waste hierarchy, the latter focuses on eradicating landfills and incinerators. Officially, it is a type of “waste circular economy,” which most people refer to as a ‘cradle to cradle’ system.

Recycling is not synonymous with zero waste. In an umbrella of zero waste approaches, recycling is one of the core pillars.

Recycling helps transform used materials into something new for a different or same purpose as the original item, cutting short the one-way ticket of waste products to landfills.

It is a brilliant idea, but some materials pose various challenges and carry high costs when reused; hence they must head to landfills.

So, for a zero waste system to run like a well-oiled machine, recycling must be impressive.

However, as stated above, recycling has various loopholes that release waste to the environment while zero waste absorbs everything back to the system without contaminating the surrounding area.

While both zero waste and recycling share many similarities, folks are utterly confused with how the two approaches work.

Let us set the records clear by sharing with you some of the notable differences between zero waste and recycling.

Recycling does very little to save the environment. If we focus on plastics, one of the major pollutants (they contribute 60 – 80% of wastes in landfills), recycling is not enough to clear the wastes since it only takes 5%.

Though recycling is a great driving force towards a sustainable future, manufacturers are busy doubling the usage of plastics, and it cannot meet their crazy plans.

In a report by Ellen MacArthur Foundation, in the past five decades, plastic production has increased by over 20 times.

If we factor increased plastic usage and other variables in a long equation of saving the environment, then recycling efforts are mere nudges.

On the other hand, zero waste is the only hope of having an Eden-like clean and green environment. Zero waste systems absorb used products back to the consumption lines.

Here, no carbon IV oxide, plastics, and radioactive materials will ever affect the environment. Everything is reused until it dissolves to nature.

In the man-eat-and-release wastes world, resources are shrinking with increasing population. Recycling is greatly used to plow back industrial inputs while curbing waste generation.

But with the current ravenous appetite for raw materials, only a few industries can blindly depend on recycled products.

One of the challenges preventing the full application of recycled resources is underdeveloped logistical routes and the manufacturing of single-use products. In the end, industries will still go back to nature and suck out the ever-shrinking resources.

Secondly, for recycling to take place, resources are invested in two stages; the initial stage of production and during the end-of-life processing—this stacks opposition to the resource conservation agenda.

On the flip side, zero waste is the ultimate solution to the conservation of resources.

The formula is straightforward; instead of purchasing low-quality degradable products, let’s say cutlery; go for durable steel or copper spoons and kitchen utensils.

These home tools will last for centuries, and there is no single day you will need to replace them.

The ripple effect of single purchases will force the factory to limit its intake of raw materials, thus conserving resources.

The same can be applied in agriculture and packaging industries where everything final product can be returned to production belts.

Zero waste aims at completely removing wastes out of landfills without having to deal with it later.

It also objects to a circulatory type of production where every party involved is responsible for integrating potential wastes back to the system.

If we adopt a zero waste approach, vacationers can reuse water bottles, and auto manufacturers can salvage scrap metals for new cars.

And the system will continue to operate on all sides, provided that everyone is cautious about what they release to the environment.

In addition, the essence of zero waste is that every product will be reexamined by respective users who will eliminate potential wastes.

This will follow a certain hierarchical order of Rethink, Reduce, Reuse, and Recycle without burning or discharging fumes and solid wastes to air, land, and water bodies.

As a part of the zero waste hierarchical order, recycling is a narrower approach to minimizing pollution. Recycling targets specific wastes which can be turned into something materialistic.

Nonetheless, the sheer range of waste products means that recycling is largely ineffective.

How Much Recycling Does a Zero Waste Home Produce in a Month?

More than 128.28 pounds of wastes are recycled every month in a zero waste home. In localized research done by Pål Mårtensson, a Swedish zero waster, a household of four people produces approximately 132.27 pounds of wastes a month, and 98.4% of it is recycled.

These figures are 40 times less than the average waste produced by pollution unconscious Swedes.

But, the figures may vary depending on what products you mainly consume, localities, and government policies on waste disposal.

Find out which materials you can recycle at home and create wonderful DIY projects without incurring high costs here.

Why is Zero Waste Better than Recycling?

The noble role of zero waste is to keep nature in its original form, which can’t be fulfilled by recycling. It ensures the environment is kept clean throughout the year.

Fortunately, there are more advantages.

Roughly 1.3 billion tons of food end up in landfills. Though the food can be recycled to make manure, adopting zero waste may save thousands from starving.

To implement zero waste projects in the food industry, community initiatives may be formed to hand out or redistribute unused food to food banks.

The journey may also continue to shelters and developing countries with acute food shortages.

There is no doubt both zero waste and recycling play a pivotal role in pollution control.

But during recycling, methane and other greenhouse gases are produced, which adds up to unprecedented effects of global warming.

In contrast, a zero waste system advocates for less manufacturing since high-quality and long-lasting goods are made on one go.

As people buy these products, they force manufacturers to produce less, which reduces stress on the environment and virgin resources.

Zero waste is not a new term, but it was coined in the ’70s by Dr. Paul Palmer; as such, it has grown to form new investment opportunities.

For instance, in Toronto, zero waste is dubbed as ‘one man’s waste is another man’s treasure,’ which implies that wastes are used to finance other businesses.

In a simple explanation, zero waste is a form of closed economy that creates good jobs for those responsible for maintaining the flow of used materials.

Does Zero Waste Means No Recycling

Zero waste does not mean recycling. Researchers argue that recycling is the process of delaying wastes from arriving in landfills. They support their facts with an example of plastic.

If we recycle plastics, inferior products will be produced, which will eventually head to landfills. This is not part of the zero waste approach.

Nevertheless, for a zero waste system to function very well, recycling should be used.

So from our understanding, zero waste does not mean recycling, but both of them depend on each other.

We all want a serene environment and a sustainable future free from stinky piles of wastes.

But we must adopt the goal of zero waste and sacrifice some of the uneconomical consumption habits to return the earth back to its fallen glory.

This involves us coming together and building a community based on recycling and regulation of wastes from our homes.

For those who are now in the ‘dirt business,’ the thought of zero wastes is overwhelming.

But you don’t have to follow the book; small changes within your inner circle may make a difference.

And if we all combine our positive attitudes, glaciers will stop melting, and we shall spare our oceans from plastics. 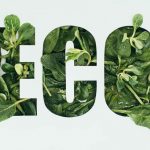 Is Eco Friendly The Same As Biodegradable? 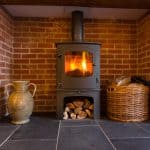