Where Does Plastic Recycling Go?

Recycling has become increasingly popular and easy to do.

Nowadays we see many households sorting through their trash and separating their recycling from their waste.

But where does our recycling really end up? And how much difference is it actually making?

What happens to plastic recycling?

It is often thought that the wealth of a country has a close relation to how much unmanaged plastic it produces.

In some senses this is true, but not always. Germany is a prime example.

Germany is the 4th richest country in the world as of 2021, but they have the highest recycling rate with over 60% of their rubbish being recycled.

China is the second richest country in the world, landing just behind the United States.

So as you can see, wealthiness doesn’t completely relate to waste production.

The wealth link does come into play when you look at the importing and exporting of plastic waste.

In the UK, the equivalent of 3 and a half Olympic swimming pools is sent abroad every single day.

Generally, the waste is sent to countries with extremely low recycling rates and poor waste management.

Currently, the UK sends a large portion of this to Turkey – a country that recycles only 1% of its plastic waste.

The remaining waste that is not exported from a country will get sent to a sorting facility, run by a mix of machines and people.

Here, recycling is separated into different categories, such as tin cans, plastic, and paper/cardboard.

Does my recycling actually get recycled?

The common myth that recycling ultimately ends in landfills anyway is of growing concern to people.

Thankfully, the majority of countries can safely say that between 80% and 90% of the waste sent to recycling genuinely gets recycled.

The remaining percentage is generally rubbish being sorted incorrectly.

Bear in mind, that just because you send waste to be recycling, that doesn’t mean it actually can be. For example, not all plastic is recyclable, such as plastic straws. Plus, anything that is dirty can also not be recycled.

Therefore, if you send off unwashed plastic to be recycled it will get filtered into unmanageable waste.

According to statistics from National Geographic, it shows that a staggering 91% of worldwide plastic waste is still not being recycled, despite the fact that in America, they say 75% of their waste is in fact, recyclable.

This means that amongst the 381 million tonnes of plastic waste humans produce each year, only 9% of that amount gets recycled.

The rest ends up in landfills or the ocean.

What are the disadvantages of recycling?

What are the benefits of recycling?

Should we stop recycling and what happens if we don’t?

All in all, recycling is aimed at helping the planet and it is a step in the right direction for helping us manage global warming.

However, recycling alone is not enough, especially not at the current recycling rates.

Although the recycling industry has room for improvement to make the process more efficient, if we stopped altogether we’d end up with a world that cannot cope with the amount of waste product that we cause.

As a result, rubbish would pill up in landfills, oceans, and eventually cities.

Furthermore, many animals and their habitats will become extinct as we have taken away all of the natural resources they need to survive.

This has a return impact on humans, as the machines we use to obtain these resources will cause pollution and deforestation.

Recycling should be continued, with raised awareness of waste management so that it can grow to a more widespread, impactful production.

Keeping a higher amount of recycling in its original country will also help to reduce our carbon footprint. 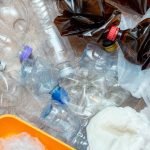 Does Recycling Plastic Cause Pollution? 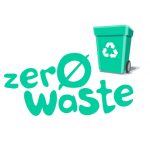