Plastic Waste Recycling: Everything You Need to Know 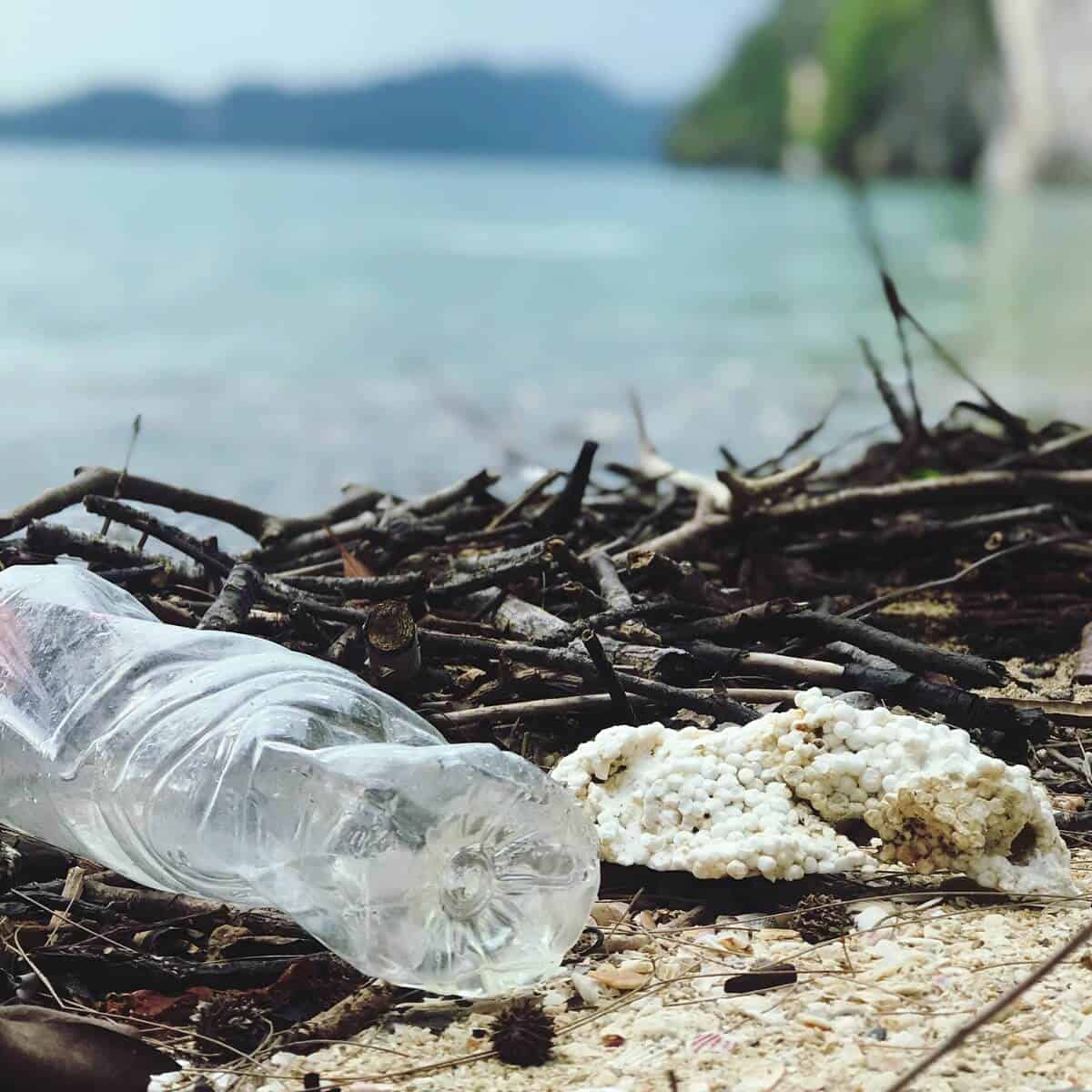 Recycling plastic waste looks like the way to go when it comes to sustaining the environment, and rightly so. Over the years, we have identified the harmful consequences of burning plastic materials and dumping them in landfills.

It is essential to acknowledge that recycling is the answer to beating pollution that stems from plastic use. In this article, we give you all you need to know, from well-researched content about plastic waste and recycling to facts and figures; statistics on plastic waste garnered over time.

What is plastic waste recycling?

The recycling process of gathering and recovering used plastic products. It means putting scraps of various forms that have become waste through reprocessing to produce other useful plastic products.

The discovery and widespread use of plastic hit the world with a bang at the turn of the 20th century. However, before long, millions of plastic tons was generated as waste annually.Due to its generally non-biodegradable nature, plastic kept getting piled up and soon began to get washed into the sea. Thus, the need for recycling arose.

Plastic is recyclable, but not all plastic is. This is because recycling some forms of plastic is not economical and sometimes practically not feasible. There are seven types of plastic. Classifying types of plastic are quickly done with the Resin Identification Code (RIC) aid, which numbers them accordingly from 1 – 7. Plastics with resin codes of 1 to 3 are generally recyclable. The rest, on the other hand, are not recyclable.

Plastic recycling also requires that it is not carried out collectively with different plastic types together. This is because a phase separation of the various plastics occurs during recycling, and the setting takes place between the layers. As a result, the product made from recycling different plastics becomes structurally weak due to the phase boundaries.

The first stage of recycling is the collection stage. Here, recyclers and volunteers gather used plastics, and volunteers sometimes get a reward to collect the plastics. Particular trash bins for plastics are also placed at strategic locations to aid collection. The next step is moving the plastics to the next recycling stage after reaching a certain targeted amount.

The sorting of plastic is according to the polymer type and resin code. This is to separate the different kinds of plastics and separate the impurities such as paper. Sorting can be automatically done and then manually afterward to improve its accuracy.

The next step is washing plastics thoroughly to clean out any form of impurity either in the way of paper labels or ink print.

Once the plastics are all sorted out and washed, the next stage is to shred the plastics to bits. Shredding allows it to be easy to handle and carry on the other processes.The plastic is placed in conveyor belts, which pass it through shredders. The shredders cut the plastic into little pellets, which make it easier to be further processed.

Following the plastic’s washing, it undergoes melting and heating at a high temperature until it becomes liquid.

The next process is making the plastic into pellets through extrusion, making it easy to make other plastic materials. Extruding plastic is by forcing it through the holes of a die, which forms the pellets.

This process of recycling has been making the rounds between countries of late. It is widely adopted because it allows the recycling of different plastic products all at once.It involves the heating of plastic at high temperature till it melts, to remold it to form other plastic products.

Plastic is a polymer, so monomer recycling deals with breaking it down to its unit monomers and then using those monomers to form another plastic polymer. Other recycling processes exist, such as pyrolysis and gasification. However, they are not as widely used as mechanical and monomer recycling.

Plastics are one of the leading waste materials generated globally. They fill up dumpsites and landfills and constitute the larger mass of the total waste. Getting plastics recycled helps to reduce the amount of waste and litters to a considerable extent. This, in effect, saves land space typically filled up by plastic waste and helps to reduce land pollution.

Asides from plastic getting accumulated as waste on land, they are also washed into the sea at an alarming rate. About 80,000 tons of plastic waste is in the Great Pacific garbage patch, and this ranks as the largest waste accumulation zone in the sea. Mainly in the form of microplastic, these waste contaminate the water bodies.

They are also harmful to aquatic life, as often thought to be food due to their appearance and small size, sea animals get poisoned when they eat them. Marine life can be preserved mainly by recycling instead of disposing of plastic waste.

When plastic waste goes through recycling, there is the conservation of the energy required to produce new plastic materials. The production process is also reduced, and the saving of resources used in manufacturing plastic is possible.

It also takes care of the process of waste disposal adequately. It is noteworthy that petroleum used in plastic manufacture is also saved as recycling reduces oil consumption globally by about 40%.

Plastic recycling saves the cost of production and thus increases profit. It also creates job opportunities as manpower is of necessity in carrying out the process. Recycling of plastic generally improves the state of the economy.

The production of plastic causes the emission of greenhouse gases and other air pollutants. Recycling plastics curbs these emissions and helps keep the air less toxic and the environment safer.

Recycling of plastic requires knowledge and expertise of the due processes. Failure to have them both could result in drastic effects. Here are some of the issues associated with recycling plastic waste.

Not all plastics are recyclable and inadequate knowledge of which is and is not is a problem encountered in recycling. An attempt at recycling some kinds of plastics that are usually unrecyclable could result in the breakdown of machines and equipment.

Also, the constituents that makeup plastic can cause a problem with recycling. The more the components the creation of plastic is from, the less likely recycling can happen. This is because breaking down a plastic made of so many constituents would only make the new plastic product contaminated with them.

Product value is another problem posed by recycling plastic waste. When recycling is not correctly carried out, the plastic’s value and strength are drastically affected and much lower than newly manufactured plastic.

12 Facts and Statistics about Plastic Waste

Type of plastic can go through recycling?

PET comes in handy in the production of cups and drinks containers. It undergoes recycling by sorting, baling, washing, and flaking. The clothing industry can use recycled PET to make fabrics. The flakes are spun to make a thread, which is then used to make fabric. Jackets, shoes, coats, and other wears with a rough or hard texture are some of the clothing materials that recycled PET helps make.

HDPE is useful in manufacturing cups, bottles, and jugs. It is a strong plastic with high density because it has a tall crystalline structure. Polyethylene is a thermoplastic, and as such, it can be quickly melted by heat, reshaped, and hardened by cooling without losing substantial value. Recycled HDPE is useful in producing HDPE pipes, road curbs, plastic stationery, tables, and lumber.

PVC is good at making rigid plastic products such as tubes and pipes. It is just reasonably recyclable because different PVC types exist based on their constituents. The high presence of Chlorine and other essential additives in it also restricts its ability to undergo recycling. It needs to be carefully sorted, and when recycled, the making of other PVC products can come out of it.

Type of plastics cannot be recycled?

This is a thermoplastic made from the monomer ethylene. It helps in the production of plastic bags and beer fasteners.

This thermoplastic is useful for packaging food and in plastic car parts manufacturing.

This is also used for food and drinks packaging, production of plastic utensils, and containers.

This group contains plastic having general production uses such as nylon and acrylic.

Here are some frequently asked questions. Have a look!

What happens to plastic in landfill?

When disposal of plastic is thriving and eventually dumped in a landfill, it can remain there for up to 500 years before it completely decomposes. In the process, it pollutes both the soil and water. Landfills are also designed to prevent biodegradation of waste and prevent them from generating foul smell and causing even more harm to the environment. As a result, plastics that end up there degrade quite alright, but at a prolonged rate.

Polypropylene (PP) is a type of plastic used for packaging food and dairy products majorly, such as yogurt, butter, and cheese. Is it safe?

The Food and Drug Administration (FDA) approved it as safe to be in contact with food. Polypropylene also has a high level of heat tolerance, so it is safe to use packaging food that may need heating. Polypropylene is also esteemed as a safe plastic by the Environmental Protection Agency (EPA). It is in no way carcinogenic and has lower flammability in fabrics compared to wool.

What is the amount of recycled plastic each year?

Every year, over 400 million tons of plastics are globally generated, and of them, just 9% move through recycling.

Can a Ziploc bag go through recycling?

Yes, a Ziploc bag can go through recycling. However, recycling must be with other plastic materials. This is because Ziploc’s making is from the film, a material made with LDPE or HDPE. Due to Ziploc’s texture, it can damage machinery during recycling by clogging the equipment. As a result, recycling this material requires adept skill.

What happens to recycled plastic?

When recycled, plastic can be useful in making several other plastic products such as carpets, rugs, picnic tables, bottles, and even clothing like sweaters, jackets, t-shirts, and the likes.

Over 1 million aquatic animals die every year due to plastic waste washed and accumulated in the oceans. Plastic waste contaminates the water, making it poisonous and unconducive for marine animals.

There is an increasing need for us to play our part in ensuring that we mitigate this menace’s effects. Conserving the environment is essential for all life forms on the planet, not just for humans, and plastic recycling is a step in the right direction. 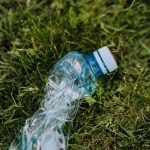 Zero Waste on a Budget: Save Money and The Planet 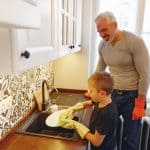