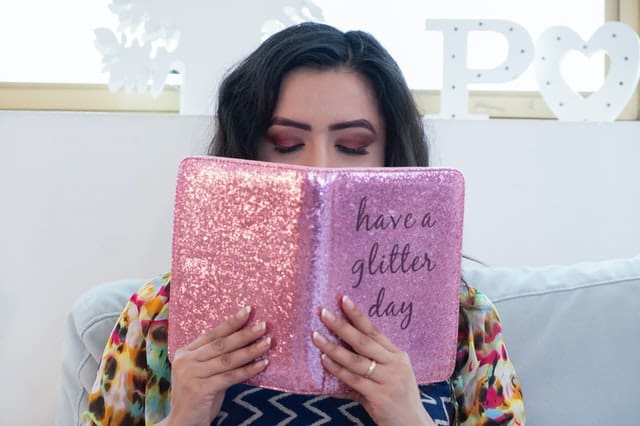 Glitter is a small shimmering or sparkling particle used in cosmetics, fashion, and sugar crafts.

It is common in homes and usually disposed of through thorough washing, which is why it gets into the water system.

It comes from stones, mica, glass, and sometimes malachite, until recently, when modern glitters production comes from plastics and plants.

This innovation is the cause of many controversies on the use of glitters, mostly because they are hardly recyclable and pose a threat to the environment, especially the aquatic environment.

No, glitter is not environmentally friendly. The issue of glitter being eco friendly seems controversial to an extent.

While some argue that the new plant-based eco-glitters are more environmentally friendly, others believe that since it still requires a plastic layer and aluminum coating for reflection, it can’t be said to be eco-friendly.

In a study by some researchers at the Anglia Ruskin University, Cambridge, research shows that eco-glitters also negatively impact rivers and water bodies and aquatic animals as its microplastic alternative. {REF SOURCE}

Here’s a quote from the study, which says,

“our study is the first to consider the impact of glitter in water bodies and have discovered that both the conventional and new glitters may have a serious ecological impact on aquatic ecosystem within a short period.”

No. it is believed that because biodegradable glitters, usually called eco-glitters, are named, people mistake them as biodegradable.

The truth is that these things, even if labeled as biodegradable, still contain many microplastics that take so long to decompose, and sometimes, instead of degrading, the plastic coatings and other materials used for production often leach into the water, causing more harm to the aquatic body.

And because there’s no strict regulation on the interchanging use of “eco” and “biodegradable” in product labeling and packaging, many companies get off quickly with labeling their products as biodegradable even if it is not.

How long does it take for the glitter to decompose?

There is no precise duration for glitters’ breakdown because glitter is composed of tiny pieces of colorful plastics, and since plastics hardly break down, decomposition is tricky.

If decomposition is difficult, recycling should be much more comfortable, unfortunately, though glitters can’t be recycled, so reusing or upcycling is an almost impossible task.

Plastics usually takes longer than a hundred years to decompose, and glitter is mostly made of plastic, a non-biodegradable material, which means that if glitters will eventually decompose, it is after a long time and after microorganisms are allowed to act on them to change into other harmless substances.

Other than that, most glitters end up in the ocean and the guts of sea animals.

How can you tell if glitter is biodegradable?

You can’t possibly tell a glitter from the other just by comparing its physical appearance, and you can’t believe all the hype around glitters being eco or biodegradable.

There’s no way to tell for sure if the glitter you are buying is biodegradable or not.

However, some simple confirmation tests you may do may require you to put some in microbial water and leave for a few days at the least and watch if it decomposes.

Since you can’t tell the difference between microplastic and biodegradable glitter, there are some hints you could look out for to determine if you are buying a genuine eco-glitter or not.

Pure biodegradable glitters are only available in hex shapes because they are only structurally stable as hexagons.

Because it is difficult to maintain that stability in other forms. When you find glitters in other shapes asides from a hexagon, it’s an indication that you are buying PET glitters and not biodegradable ones.

Biodegradable glitters are much more expensive than other types.

The cost of producing an eco-friendly glitter made from plant-based renewable materials is higher than making glitters from readily available PET films.

Because of its high cost, you can hardly see biodegradable glitters being misused.

If it is essential to use glitters, the eco-friendly ones are used a little at a time. So when next you see glitters in use excessively at a shoot or party, it’s your clue that it’s probably not the biodegradable type.

If a company insists that its products are biodegradable, it will ensure that this is also emphasized in the type of packaging used to distribute the product.

So, when you see a claimed glitter product packed in plastic containers, you had better raise your tentacles and confirm before you purchase.

A biodegradable glitter should not be in contact with substances that can initiate its decomposition.

So, when you buy gel products with shimmering glitters in them, it is possible they are not biodegradable glitters.

Suspensions, formulations, creams, and what have you are a suitable catalyst for breaking down biodegradable glitters, which is why they are usually packed in loose and dry forms like powders.

You may then decide to apply to cream or gels after purchase. Real biodegradable glitters won’t keep for long if sold in creams or formulations.

Does biodegradable glitter dissolve in water?

No, biodegradable glitter does not dissolve in water. They need to be acted on by microbes before a breakdown can occur.

How do you dispose of glitter?

One way to dispose of glitters without posing a threat to the environment is by making a permanent craft or decor with it.

You could glue it on artworks, use as wall paint in your room or turn it into a beautiful piece of artwork that can be kept for as long as you can imagine.

Else, it is somewhat challenging to dispose of glitter.

The first glitter gets stuck on almost all surfaces, and you can’t get rid of it. Hard as you try, there will still be some stuck up somewhere or washed off while bathing, cleaning, and so on.

Most glitters from plastic, which is why they are terrible for the environment. Others are made from mica (a natural stone) or plant-based materials.

But the majority of the glitters in circulation today are composed of microplastics and aluminum.

So, when washed off, it goes down the drain into the water and contributes to the ecosystem’s problem.

Farrelly wrote in one of her researches that when glitters break down, the chemicals released are a potential threat to humans and animals alike, and as long as we keep having a growing likeness for seafood, the risk is not far from home {REF SOURCE}.

In conclusion, the truth about biodegradable glitters is that not all the claimed products are biodegradable as there is no real test or quality to confirm what you are buying.

Until then, if you have to use glitters, use rightly. If you can stay away from the glitter fashion craze, it’s all for the best, even as we all work towards preserving our ecosystem. 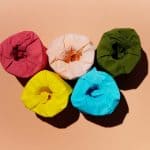 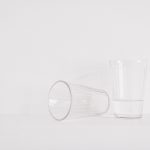