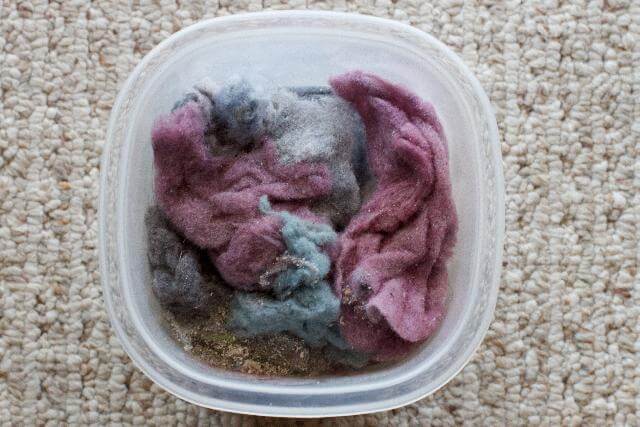 Every time you use the dryer to dry a load of laundry, you will need to clean out the lint trap.

This is where all the lint that falls off the laundry collects and if it doesn’t get cleaned out after every use, it could cause your dryer too clog. This leaves a lot of people wondering what they should do with the lint.

Dryer lint may not be recyclable, but that doesn’t mean you have to throw it away.

If you want to learn more about how to dispose of dryer lint without being wasteful, you’ve come to the right page. Keep reading to learn more.

Dryer lint is not recyclable because of the materials that it is made out of.

There is no recycling program that will accept it. In order for an item to be recyclable, it needs to contain certain materials, none of which are present in dryer lint.

To get a clear idea of why dryer lint can’t be put in the recycling bin, you should know what it’s really made of. Dryer lint is created as the laundry gets shifted around in the drying cycle.

It mainly contains fibers that have been lifted from the clothing, however, there is also a good amount of hair, dust, skin cells, and other particles that were stuck to the clothing.

These particles typically get lodged in the clothing’s material. When the clothes are put in the washing machine, they become loose.

However, it’s not until they go through a cycle in the dryer until they completely fall off. The dryer then directs these particles to the lint trap, which you can easily cleanout.

What can you do with dryer lint?

You don’t have to add the dryer lint to a waste pile.

Dryer lint is all-natural fibers, which means it can be composted. After you clean out the lint trap, you can keep the dryer lint in a bucket to take to the green bin or take it out directly.

The fibers in dryer lint are great to place in a compost bin because they do break down.

It doesn’t take long for the dryer lint to break down either. You can throw it as is directly into your compost bin.

Do you have a compostable toilet? If you do, then you are likely always on the hunt for a material to put in the chamber to help solids break down.

Dryer lint is a great resource to use in compostable toilet chambers.

Dryer lint is not always compostable. If the clothes in the dryer are made from natural materials, then it’s perfectly safe to add the dryer lint to your compost bin as it will break down without any issues.

However, if you are drying clothing made from synthetic material, it won’t be able to break down. Synthetic dryer lint doesn’t have to go in the garbage though.

It can be used as a flammable to help you get fires started.

This can be a great substitute for when the wood is damp. Another thing that synthetic dryer lint can be used for is stuffing.

If there is a tear in a couch or cushion, simply stuff it with dryer lint to fill it out again and sew it back up.

Should I save dryer lint?

Saving dryer lint does have its advantages if you are into gardening.

Since it breaks down very easily, it can be used in soil.

Dryer lint is excellent to use as mulch for plants. It is a great resource for both indoor and outdoor plants to help the soil retain water and stay warm throughout the cold months.

Although the dryer lint can start off as mulch, eventually it will break down and simply become part of the soil.

During the cool months, it’s recommended to replace the lint that breaks down with fresh dryer lint to help keep the plants warm.

Every time you use your dryer, you will need to clean the lint trap when you take the clothing out.

However, you don’t need to throw that lint away.

Dryer lint isn’t recyclable, so you can’t attempt to give it to a recycling program. It is compostable though, so it doesn’t have to go to waste.

Since the lint will break down, it will need to be replaced. Dryer lint breaks down very easily which is why it’s safe to put in the compost bin.

Only avoid composting the lint if the materials in the dryer were synthetic. 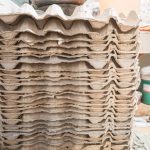