Bread is one of the most popular types of food in the United States. You can have it as a breakfast item, a snack, or a side dish.

But there is a growing concern over what happens to bread when it is disposed of.

Is bread biodegradable? Yes, bread is biodegradable because it is made of natural ingredients such as wheat flour that microorganisms can break down.

The process takes a long time though. It’s crucial to dispose of bread to prevent environmental pollution.

What is Bread Made Of?

The main ingredient in bread is flour, a powder made from grains that have been ground into a fine powder. Grains are plants that produce small, hard seeds.

Wheat is a popular grain used to make flour.

Bread is biodegradable. It contains complex carbohydrates, which easily break down into simple sugars and amino acids when acted upon by microorganisms (bacteria).

The microbes that cause bread biodegradation exist naturally in soil and water, so they are present wherever organic matter is.

On a negative note, the process releases greenhouse gasses that contribute to climate change.

Some experts say bread doesn’t biodegrade very well. It takes a long time to break down in the environment.

Others say it depends on how bread is disposed of and what type of bread it is.

Can You Put Bread In Compost?

Yes! Bread is made of wheat flour, water, and yeast. Bread flour contains ground grains, a natural part of the composting process.

The water helps break down the flour, and yeast helps start the decomposition process.

Why Should You Not Compost Bread?

How Long Does Bread Take To Decompose?

The answer depends on factors such as:

In warm climates, the bread will decompose faster than in cold climates. The same goes for dry environments versus moist environments.

Generally speaking, bread can take a few days to 2-3 weeks to decompose completely.

No, stale bread is biodegradable because it contains organic materials that break down by the action of microbes.

The EPA (Environmental Protection Agency) states that the process of decay (breaking down of organic matter by bacteria, fungi, or other living organisms) is a form of biodegradation.

To ensure that your stale bread biodegrades correctly, you need to provide it with the right environment – like a compost pile.

Which Type of Bread Is the Most Biodegradable?

There are many different types of bread, from white bread to wheat bread to rye bread.

Wheat bread is the most biodegradable type of bread because it’s made with whole wheat flour containing wheat kernels.

It also has refined flour that doesn’t have the bran or the germ, and won’t biodegrade faster. Rye bread isn’t biodegradable as wheat bread.

It contains a higher percentage of rye flour than wheat flour.

Is Biodegrading Bread Harmful to the Environment?

Environmental activists have long championed the cause of biodegradable bread, but there is much debate surrounding the environmental impact of bread biodegradation.

Bread biodegradation is seen as a preferable alternative to landfill waste given the fact that it breaks down the food waste and releases methane gas.

Even so, there’s concern that bread biodegradation may not be as effective as previously thought.

It may be harmful to the environment as the process releases greenhouse gasses such as carbon dioxide and methane.

A further study is required to determine the true environmental impact of bread biodegradation.

In the meantime, be mindful of the waste we produce and find ways to reduce our dependence on disposable products.

What To Do Old Bread?

Bread won’t harm the environment, which is impressive news for individuals who love to indulge in a slice or two. 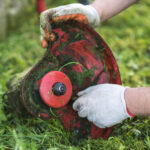 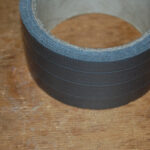