Blu Tack is a great way of sticking photos and other memoirs around the home without using nails but, is Blu Tack biodegradable? Find out everything you need to know about it in this article.

Blu Tack is not biodegradable because it is made from synthetic rubber compounds and mineral oil. The materials used to make Blu Tack do not decompose.

Perhaps that’s got you a little concerned. If Blu Tack isn’t biodegradable, what should you do with it, is there any way to make it dissolve? You can find out more about this in the upcoming sections of this article.

Sticky tack is awesome for sticking lightweight items to dry surfaces around the home.

You can use it to add a splash of color to your fridge, to a wall, or even to help other ornaments stick in place. But what can you do with your sticky tack once you’re finished with it? Is it biodegradable?

Sticky tack isn’t biodegradable. This is because of the materials it is made up of.

Sticky tack, Blu Tack, and adhesives of the same kind are all made up of a similar combination of the following materials:

Plastic can take hundreds of years to break down. When it finally decomposes, it releases chemicals into the environment that have lasting damaging effects.

Sticky tack is largely made up of mineral oil which also has poor biodegradation rates.

So what does all this mean? The materials that make up sticky tack are not biodegradable, nor compostable. Blu Tack, therefore, is not environmentally friendly.

If you want to throw a piece of Blu Tack away you cannot recycle it. You will have to put it into your non-recyclable household waste bin.

You can then leave it for your normal curbside collection.

There are a lot of myths going around about Blu Tack being dissolved in different liquids.

People are immersing it in water, vinegar, and even mineral oil and claiming that it dissolves. But let’s set the record straight. Blu Tack does not dissolve, it is insoluble.

It doesn’t matter what you dunk it in, it isn’t going anywhere.

So if you can’t dissolve it then pour it down the drain, what should you do to get rid of it? The only way to dispose of unwanted Blu Tack is to throw it into your non-recyclable household waste bin.

You cannot put Blu Tack into your recycling nor on a compost heap. You should leave it for curbside collection.

But that might seem like a bit of a waste, so here are some other things you can do with unwanted Sticky tack:

Does Blu Tack Dissolve in Water?

Blu Tack does not stick to wet surfaces. This has led some to think that it is soluble and that it can be dissolved in water.

Allow us to clear this up, Blu Tack does not dissolve in water. This is because Blu Tack is non-soluble.

In fact, on the back of the packaging on most Blu Tack sleeves, it states that the substance cannot dissolve in water.

Blu Tack is denser than water. It sticks best to clean, dry surfaces and gets tackier over time.

What if Blu Tack gets stuck in your hair and you want to rinse it out? As we mentioned earlier, Blu Tack cannot be dissolved. To remove it from hair do this:

We are all worried about the safety of our children when bringing something new into the home. And sticky tack could look a little like chewing gum or candy to children.

So, it’s important you know what would happen if your child were to swallow it. What can we say about Blu Tack? Is Blu Tack toxic?

Blu Tack is not toxic, it can be swallowed without harm. After swallowing Blu Tack a person might experience mild discomfort. If it continues, they should seek medical advice.

It is also good to know that it is not carcinogenic. Blu Tack is not flammable.

Ok, so we can all breathe a sigh of relief after reading that. It is completely safe for you to bring Blu Tack into your home. We said earlier that the material is nonflammable and noncarcinogenic.

But it is important to note that this is only the case in normal circumstances. When exposed to fire or extremely high temperatures, however, it will emit carbon dioxide and carbon monoxide.

We’re all trying to do our bit for the planet and that’s why we worry about the materials that we use, even Blu Tack. That has many people wondering, is Blu Tack biodegradable?

As you have seen in this article, Blu Tack is not biodegradable. The synthetic materials it is made up of render it insoluble with no hope of decomposing nor composting it.

But there’s still something you can do.

Reusing your Blu Tack and giving some to a friend is a great way of helping the environment and sharing some tacky love. 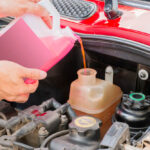 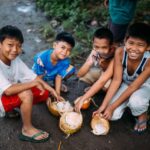