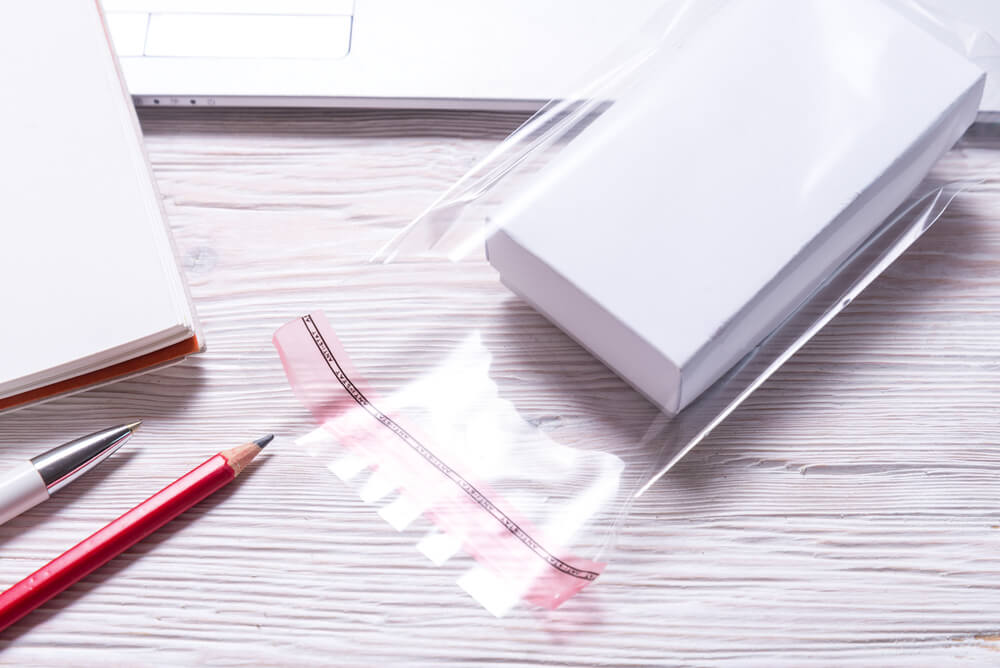 We tend to think that biodegradable films are new inventions. They are not.

In fact, some of them, like the cello bags, have been there for quite a longer time than you can imagine.

Now, are cello bags biodegradable? The answer is yes. Cellophane originates from plant materials which makes them biodegradable.

Here’s a detailed guide on the biodegradable nature of cello bags:

What is a Cello Bag?

A cello bag is a packaging unit or material made using cellulose films.

They serve best for packaging fresh foods like vegetables, meat, and fruits.

These bags are strong enough to carry fresh food. Their structure allows for low permeability to moisture, grease, oxygen, oil, and bacteria.

Since cello bags are clear, buyers can easily see what they are buying. It is for this reason why many people prefer them to package their food.

They are common almost everywhere, but mainly by:

What Are Cello Bags Made Of?

Cello bags are entirely plant-based. They originate from cellulose; an organic compound derived from a varied range of plant matter.

Some of the natural sources of cellulose include:

In short, cellulose is a natural polymer and the most abundant organic material on earth.

The process of making cellophane is pretty complex.

Besides, it calls for the use of chemicals such as alkaline and carbon disulfide solutions.

Yes, cello bags are degradable and compostable. As stated above, the structure of cello bags comprises cellulose which is a natural and plant-based material.

If you were to take a closer look at the cellulose molecules, they have strong bonds which are hard to break down by purely physical processes.

However, bacteria can help break down these structures. That’s why we consider cellophane bags biodegradable.

Why are Cello Bags Biodegradable?

Let us look into why this property of cello bags makes them compostable.

Biodegradability is a property of certain materials to decompose under specific environmental conditions.

Cellophane, which makes up cello bags, is made from cellulose broken down by microorganisms in microbial communities like compost piles and landfills.

Cello bags have cellulose which gets converted into humus.

Humus is a brown organic material formed by the breakdown of plant and animal residue in the soil.

Cello bags lose their strength and stiffness during decomposition until they completely break down into tiny fragments or granules. Microorganisms can easily digest these particles.

How Does the Degradation of Cello Bags Occur?

Cellophane or cellulose is a polymer consisting of long chains of glucose molecules linked together.

Microorganisms in the soil break down these chains as they feed on cellulose, using it as their food source.

As cellulose gets converted to simple sugars, its structure begins to break down.

In the end, only sugar molecules remain. These molecules become absorbable in the soil. Alternatively, microorganisms can feed on them as food.

In a nutshell, cellulose gets decomposed into sugar molecules that are easily absorbable and digestible by microorganisms in the soil. This is why cello bags are biodegradable!

How does the Decomposition of Cello Bags Affect the Environment?

The aerobic decomposition process generates carbon dioxide, which is recyclable and does not remain as a waste material.

Besides, carbon dioxide is a greenhouse gas that plays a part in global warming.

The unique structure of cellulose also gives it the ability to bind with other pollutants like:

These substances make their way into the soil once they get decomposed by microorganisms.

Also, after cellulose breaks down into sugar molecules and gets consumed by microorganisms, it makes up organic matter.

This, in turn, serves as food for other organisms in the microbial community.

In short, since cello bags are made from biodegradable cellulose, they break down into harmless elements.

Even in a landfill, cellulose does not harm microorganisms as it gets absorbed and used for food by these organisms.

Or if they turn into carbon dioxide through aerobic decomposition.

No traces of cello bags remain. And it leaves no adverse impact on the environment once it has biodegraded.

Therefore, the decomposition of cello bags doesn’t affect the environment and its biodiversity.

How To Dispose of Cello Bags?

Cello Bags are 100% biodegradable and contain no toxic or harmful chemicals.

So, you can dispose of them in the garbage bin, home compost site, or at local recycling centers which accept disposable bioplastic bags.

If you plan to recycle them in an eco-friendly way, give these bags to the people who sell used cellulose to make new cellophane and cello bags.

However, there is still no clear answer on whether they are biodegradable or recyclable regarding their recyclability.

Because they have cellulose, they share characteristics with bioplastics.

But there is still no official decision from the government whether to consider these products as bioplastic or not.

These bags are usually non-reusable and do not have any additive components. Therefore, those who manufacture them do not put any other material like metal or plastic into them.

Bio-based plastics comprise renewable raw materials that can grow within a period of a few years, such as corn, sugarcane, and potatoes.

Then, they can change into polymers that can help manufacture various products.

In this case, cellulose is not a sustainable resource because it is not renewable.

Since cellulose is not a sustainable resource, the cello bags should fall in the group of bioplastics instead of biodegradable plastics.

While being classified as bioplastics, there are still arguments about the recyclability of these bags.

There is a study conducted by BIPU Institute in Hong Kong which tested their ability to be recycled.

The study found out that cello bags can get included in recycling machinery.

But, it is difficult for regular recycling machinery to separate them from other recyclable materials. Thus their final destiny is still unknown.

However, there are still arguments about whether cello bags should undergo recycling along with plastic bags.

Or if they should get treated separately in recycling sites. That’s because they are harder to decompose than regular plastic bags.

So, it is better to burn them and then send the ashes to a landfill as they are still biodegradable.

There are no clear and official answers on whether they can get recycled or not. So, we should consider this as a biopolymer instead of a bioplastic.

These bags decompose in anaerobic conditions within a few months. So, yes, cello bags are eco-friendly.

Cello bags are still eco-friendly. That’s because their structure depends on sugar molecules.

Additionally, it’s still compostable even if it comes into contact with substances when biodegrading.

It also follows the final guidelines of the EU. The guidelines state that packaging materials originate from renewable and sustainable resources.

Cellulose comes from sugarcane waste products, so it can be considered a suitable material for cello bags.

We may now consider cellulose a renewable resource because it is a non-renewable carbon source.

Also, detailed studies have not been carried out to clarify how environmentally friendly it can be.

However, there are no specific environmental limits set on cellulose and bio-based polymers.

Because of this, more research is vital to look at the safety of these substances.

How Long Does it Take for Cellophane to Decompose?

Cellophane typically decomposes in about 1–3 months, depending on its disposal’s environmental factors and conditions.

According to research, a buried cellulose film without a coating layer takes only 10 days to one month to degrade.

When in an aquatic or freshwater environment, the cellulose’s uncoated film will biodegrade in 10-days.

As for a coated cellulose film, decomposition will last for one month.

Most landfills have a layer or area where organic materials can decompose naturally.

Incineration of cellophane should occur at very high temperatures for them to decompose completely.

Cello bags originate from cellulose, which is also derived from non-renewable resources.

However, unlike regular plastic bags, cello bags can undergo recycling. They can also serve as another raw material once they decompose.

So, they are more environmentally friendly than conventional plastic bags. That’s because of their biodegradability and recyclability.

Plastic bags can take up to 1,000 years to decompose. On the other hand, cellophane takes only a few months for it to decompose completely.

Cellophane does not produce any toxic fumes or gases when they decompose. This is because they come from non-toxic materials. Plus, they do not contain additives that can cause environmental problems.

Cello bags are also safe to use because they are made from non-toxic materials. They do not release toxic substances when they contact other substances.

But regular plastic bags can contaminate food and liquids due to their harmful chemicals.

Cellophane remains intact even after long periods. They do not break down, unlike biodegradable bags.

Cello bags are made from cellulose which is bio-based and more environmentally friendly than conventional plastic.

It also decomposes naturally in the biodegradation process.

They don’t produce any toxic gases or fumes after being discarded.

That’s the opposite of other packaging materials such as plastic.

However, cello bags are more environmentally friendly than conventional plastic bags. But, they still contain polymer chains. This makes it difficult for recycling machines to sort out other recyclable materials. 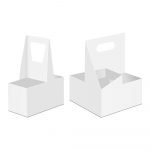 Are Drink Carriers Recyclable? (No One Is Telling This) 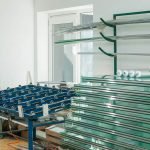