Is It Littering If It’s Biodegradable? 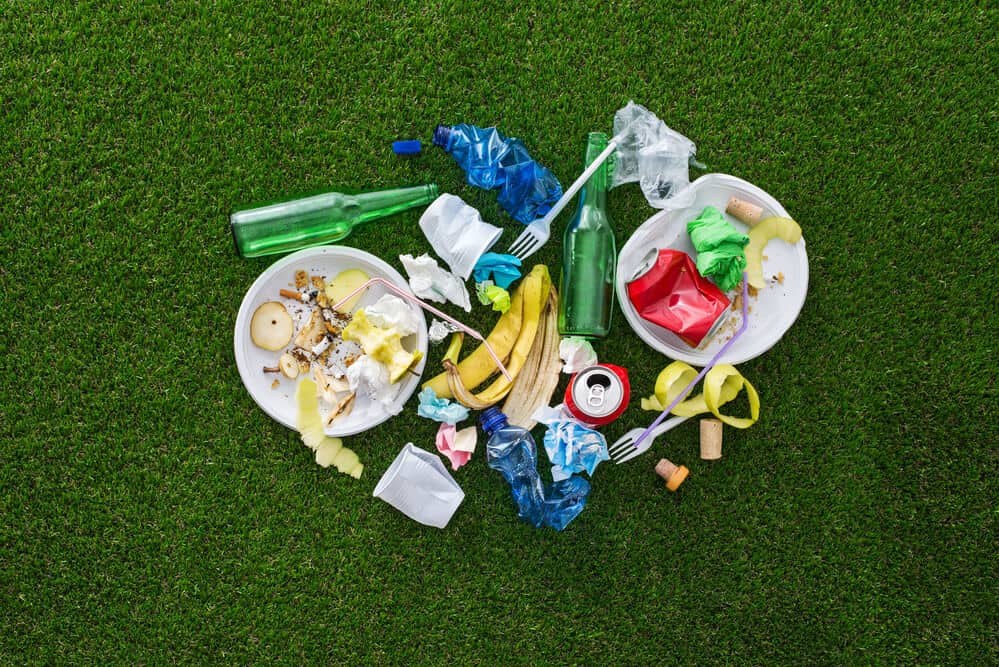 The specifics of littering, including legalities, what constitutes littering exactly, and why it is a significant problem, are all a bit vague to many people.

Littering has only become a significant cause for concern in the past 50 years and is due primarily to the plastics industry.

However, biodegradable waste such as food or paper causes its own sets of environmental problems, both locally and globally.

When people toss trash out on the side of the road, a trailhead, or a park, they often don’t realize that they contribute to the litter crisis we face worldwide.

Edible litter creates unique problems in areas where it is prevalent, such as along the highway or in rural areas that have become unofficial dump spots.

To learn more about biodegradable litter and the effects it has on the environment, keep reading!

We’ll clarify some crucial points on legalities, the most commonly littered items, and the research that shows how devastating our litterbug problem has become for our planet.

What Is Considered Littering?

Litter is trash improperly placed so as to be a nuisance or health concern.

Improperly disposed of garbage and waste products are a problem for many reasons.

Not only does it draw animals and pests, but it can also cause pathogens in the soil, the spread of disease, and make areas unpleasant and undesirable to visit.

So to answer the question, “Is it littering if it’s biodegradable?”, yes, it most certainly is.

Is Littering A Crime?

Yes, littering is a crime in the vast majority of civilized places, as well as natural environments.

The degree of the crime and the punishment associated with the activity of littering vary.

Specific laws regarding littering are decided at the State and County levels by people who understand the local impact of eco-detrimental activities such as leaving garbage behind.

Is It Illegal To Throw Fruit Out The Window?

It is illegal to throw anything out of the window of your vehicle in any location.

It does not matter if you are the driver or the passenger.

It also does not matter if the object thrown out the window is biodegradable or non-biodegradable.

People, who receive tickets for tossing food out the window frequently ask, “Is it littering if it’s biodegradable?” And yes, food is, in fact, illegal to throw out of the window.

This law is to protect you, others on the road, and the natural environments surrounding our motorways.

Why Is Throwing Food On The Ground Illegal?

You might think twice about tossing an apple core or orange peel on the ground, but you definitely should.

Inappropriate disposal of food waste causes many problems for the environment and the species that live in those affected areas.

As the Wildlife Center site mentions, throwing food on the ground attracts animals to areas that are unsafe for both the animals and the people traveling through these areas.

When an animal does find a meal near a roadway, it teaches them that this is a location where food can be found, and they will return in the future.

Many animals are injured by vehicles for this very reason.

Animals expecting to find food do not react well when they find people instead of an easy meal.

For this reason, it is also unsafe to leave food in parks, forests, or trails.

What Is The Biggest Problem With Littering?

Some might say that the biggest problem with littering today is that it is largely a deliberate crime born of ignorance.

However, the majority of experts agree that the largest problem we are currently facing due to litter is the 8 million tons of plastic waste that enter our oceans each year.

National Geographic refers to the continually rising trend of littering as a result of throw-away culture.

Post World War II, plastics production increased exponentially and have created a supply of so many disposable goods, meant to be used for just minutes before being thoughtlessly discarded and left to degrade for hundreds of years.

Single-use products account for more than 40% of plastic production currently.

Our society’s cavalier attitude regarding disposable and single-use products is a problem that officials aren’t sure how to address more effectively.

That’s why we must do our part to educate ourselves and those around us about the impact on our environment.

What Items Are Littered Most?

When you think of litter, you probably think of a few specific items you commonly see on roadways and parks.

We all see these items when we’re out walking, whether we’re in a nice area or not.

According to a study by Keep America Beautiful, these are the most commonly littered items-

Most of these items are disposed of inappropriately because they are messy objects no one wants to sit on the table, console, or carpet.

An easy solution for dealing with items like these on the go would be to keep a small trash receptacle in your vehicle.

Then, dump it out every week to ensure that you’ll have room for trash on your next trip!

How Does Throwing Food Out Inappropriately Harm The Environment?

According to the experts reviewed by the popular travel and lifestyle e-magazine Getaway, food waste that people leave on the ground isn’t usually a welcome meal for the native species.

These foods can be left untouched for months due to their lack of appeal and human smell.

If and when an animal does eat this rotten food, it may make them ill.

Otherwise, it may be left untouched to rot and create pathogens and disease in the area that can then spread to new locations as the infected hosts travel elsewhere.

As you can now see, there are numerous ways in which biodegradable littering can harm the environment.

Therefore, the responsible thing to do is carry a trash receptacle with you when carrying disposables. 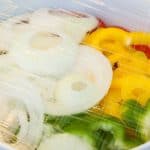 How To Get Rid Of Non Biodegradable Waste